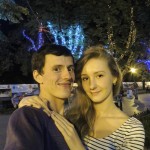 General appearance: Small, well balanced, thick-set with great dignity and quality. Any signs of respiratory distress under normal conditions are unacceptable and should be heavily penalised.

Characteristics: Leonine in appearance with alert and intelligent expression.

Temperament: Fearless, loyal, aloof but not timid or aggressive.

Head and skull: Head large, proportionately wider than deep. Skull broad, wide and flat between ears; not domed; wide between eyes. Nose short and broad, nostrils large and open. A wrinkle, either continuous or broken, should extend from the cheeks to the bridge of the nose in a wide inverted ‘v’. This should not adversely affect or obscure eyes or nose. Pinched nostrils and heavy over-nose wrinkles are unacceptable and should be heavily penalised. Muzzle wide with firm underjaw. Profile flat with nose well up between eyes. Pronounced stop. Black pigment essential on nose, lips and eye rims.

Ears: Leather heart-shaped, set level with the skull, carried close to the head and not coming below line of muzzle. Long profuse feathering.

Forequarters: Short, thick, heavily boned forelegs. Bones of forelegs slightly bowed between pasterns and elbows. Shoulders laid back and fitting smoothly into the body. Elbows should be close to the body.

Hindquarters: Hindlegs lighter than forelegs, with moderate angulation and definition of stifles. Firm hocks. When viewed from the rear, legs are reasonably close and parallel. Absolute soundness essential.

Feet: Large and flat, not round. Standing well up on feet, not on pasterns. Front feet slightly turned out. Hind feet point straight ahead.

Tail: Set high, carried tightly, slightly curved over back to either side. Long feathering.

Gait/movement: Slow, dignified, rolling gait in front. Typical movement not to be confused with a roll caused by slackness of shoulders. Close action behind. Soundness in forequarters, hindquarters and movement is of the utmost importance.

Coat: Long, straight, with profuse mane extending beyond shoulders, forming a cape around neck; top coat coarse with thick, softer undercoat. Feathering on ears, back of legs, tail and toes. Length and volume of coat should not obscure the shapeliness of body.

Colour: All colours and markings are permissible and of equal merit, except albino or liver. Parti-colours evenly broken.

Size: Ideal weight not exceeding 5 kgs (11 lbs) for dogs and 5.4 kgs (12 lbs) for bitches. Dogs should look small but be surprisingly heavy when picked up; heavy bone and a sturdy well-built body are essentials of the breed.

Faults: Any departure from the foregoing points should be considered a fault and the seriousness with which the fault should be regarded should be in exact proportion to its degree and its effect upon the health and welfare of the dog.